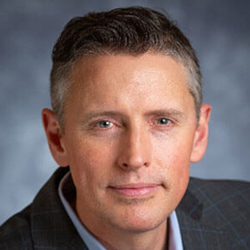 Brent Korte is an accomplished executive, strategist, and nationally recognized thought leader in home care. Driven by a passion for people and endless determination, Brent has built, improved, and turned around seven home-based care businesses in his career.

He began his career with a home care leadership position at Maxim Healthcare in Seattle. Less than a year later, he was promoted to start his own new agency in Colorado. Sixteen months later, Brent had built a highly profitable and reputable business, and then returned to Seattle to rebuild Maxim’s Seattle location, creating the largest and most financially productive agency in the company.

Returning to the workforce in 2010 after spending two years with his wife exploring 56 countries and climbing mountains on five continents, Brent rebuilt operations at two national home care companies before being recruited to EvergreenHealth. He grew it to become the largest home health and hospice provider in the Pacific Northwest, delivering best-in-class quality and patient experience while producing an excellent bottom line.

Brent completed his Master’s in Health Administration during the pandemic, graduating top of his class at Cornell University’s Sloan School, and currently serves as Secretary on the board of the National Association for Home Care and Hospice. He is President-Elect of the Home Care Association of Washington, serves on Advisory Boards of Cardinal at Home, Netsmart, and Axxess Technologies, and is a guest lecturer at the University of Washington, Washington State University, and Cornell University.

When not working, Brent is happiest exploring new paths with his wife, Kori, and their three very busy children.